← more from
Napalm Records
Get fresh music recommendations delivered to your inbox every Friday.

A Rose for the Apocalypse 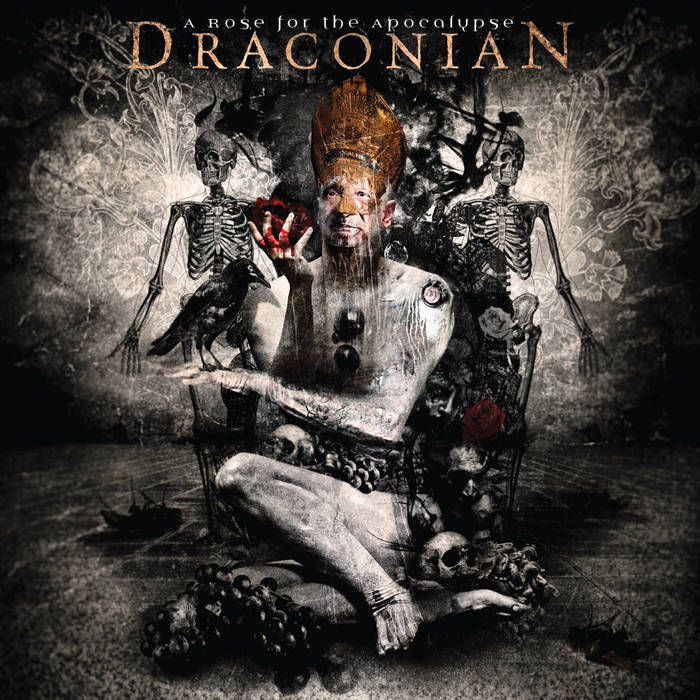 With the release of Draconian's fourth album, "A Rose for the Apocalypse", the agonizing wait comes to an end. The formation revolving around top-notch vocalists Anders Jacobsson and Lisa Johansson once again delivers first-class songs that continue to prove the band's supremacy within the darkly genre. The album opener is more than enough to forget the holdup, as it combines the band's strengths better than ever before. Massive guitars, heavy drums, melancholic melodies, deep growls, and enchanting female vocals are all part of this obscure symbiosis uniting gothic metal and doom. The lyrics also march to the somber tune. Titles such as "The Last Hour of Ancient Sunlight" and "Dead World Assembly" provide a very direct insight into the inner workings of the tracks' protagonists. "A Rose for the Apocalypse" was recorded at the renowned Fascination Street Studios (Katatonia, Opeth, Paradise Lost) under the guidance of Jens Bogren, whose expertise allows each track to achieve its ultimate sound potential. Draconian delivers a hypnotic soundtrack of apocalyptic proportions. Never before has the End of Days sounded off with such magnificence!

Bandcamp Daily  your guide to the world of Bandcamp

Lance Skiiiwalker joins the show to discuss his most recent releases